After 14-months of active construction work, The Lord Howe Island Solar project was completed. There were 3,240 ground-mounted solar panels installed in the paddock adjacent to the power house, facing north, fixed at a 20-degree angle.

The project’s final design incorporates 1.328MW of solar energy generation capacity and 3.712MWh of battery storage. The total project cost is estimated at AU$11.1m of which the Lord Howe Island Board is the largest financial contributor, with AU$4.5m coming from the Commonwealth government’s Australian Renewable Energy Agency (ARENA). 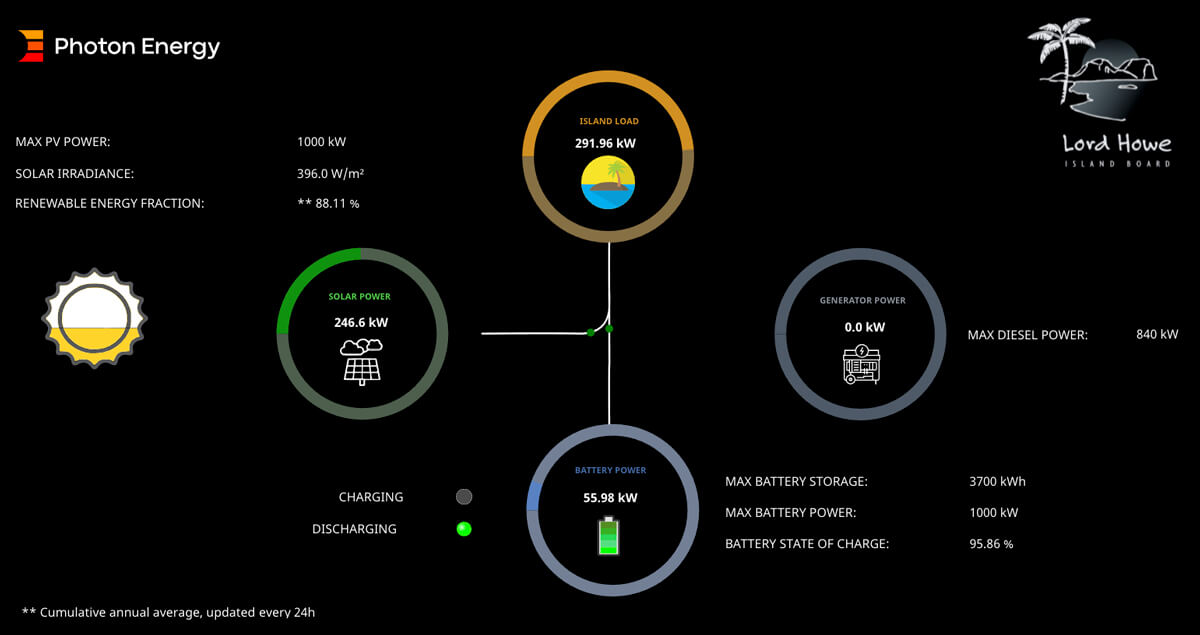 The project aims to improve Lord Howe’s energy self-sufficiency whilst also reducing the island’s reliance on diesel generators and imported fuels. It is anticipated the array should provide 75 to 80 percent of electricity for the Island.

The solar array was built and installed by Photon Energy Group, an international contractor head-quartered in the Netherlands. More details can be found on their website – Lord Howe Island Case Study

You can view a live feed of the island’s output from the solar array, the current energy demand and the battery storage level – here.